skip to main | skip to sidebar

Bethlehem on the Mantel

I am joining the Holiday-themed Bloggers Block Party hosted by Heather and Vanessa At the Picket Fence. December 6 focuses on Mantels and is hosted by Kristin at My Uncommon Slice of Suburbia.
For sometime I’d been admiring displays of lighted houses in Christmas villages seen in stores in the mall. For Christmas 2010 I gathered a few pieces and accesssories to set up a display in my study. It was set on a small table and on a nearby bookshelf. 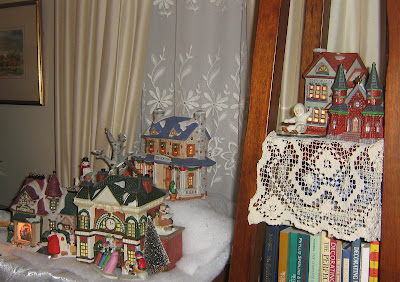 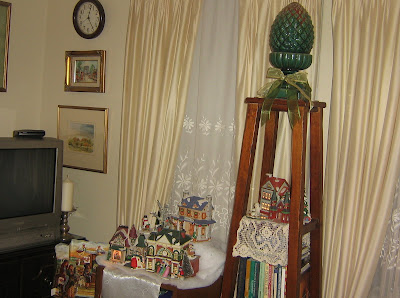 This year I decided to set them up in the living room as part of a display around the fireplace.
On the mantel is the Department 56 lighted porcelain Little Town of Bethlehem. The set has 12 pieces and I arranged them simply with a spray of ivy behind.
A lighted garland had 6 fabric mache Renaisssance style angels in white and blue gowns alternating. 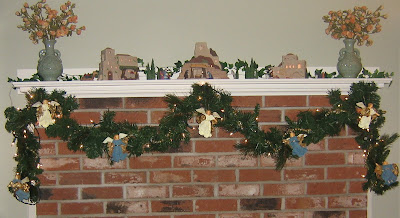 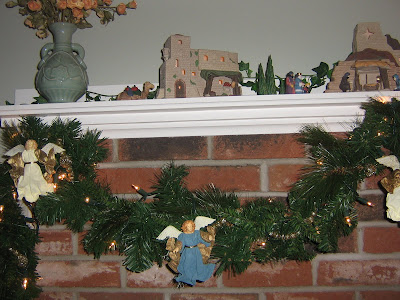 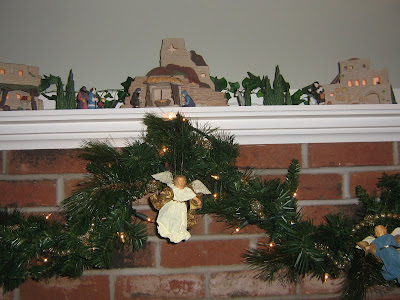 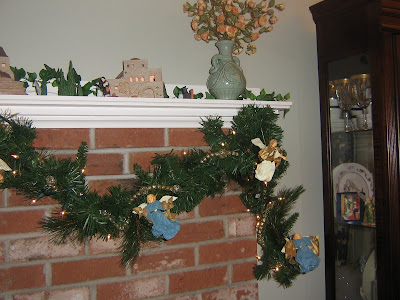 Below this, on the hearth I have large books that serve as a base. I covered with them with a lace runner and then laid cotton snow on top. The lighted houses are set around with little figures, snowmen and trees. 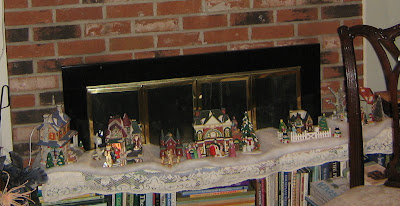 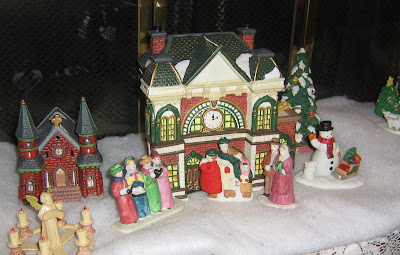 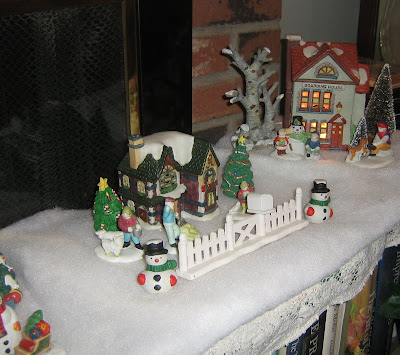 So the fireplace mantel displays has the Bethlehem of long ago while the hearth has a town scene in our world. (See the devotional that follows for more on Bethlehem) 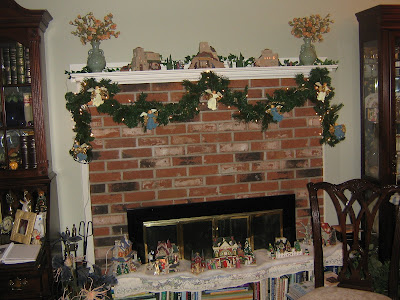 Bethlehem
So Joseph also went up from the town of Nazareth in Galilee to Judea, to Bethlehem the town of David, because he belonged to the house and line of David. -Luke 2:4

Bethlehem was like any other town in the hills of Judea. Yet, it was the birthplace of the greatest king of Israel, David, and one thousand years later, the Messiah.

How does such honor come to the ordinary? Were the people of this town particularly worthy? Was there some great strategic advantage to where it lay? Were the people of Bethlehem politically savvy, having a long history of producing great leaders? Not at all. The little town of Bethlehem was in the shadow of great Jerusalem just six miles to the north. Even the meaning of Bethlehem, "house of bread," is unremarkable.

But hundreds of years before the birth of Jesus, the prophet Micah predicted the destiny of an unremarkable, small place: "But you, Bethlehem Ephrathah, though you are small among the clans of Judah, out of you will come for me one who will be ruler over Israel, whose origins are from of old, from ancient times" (Micah 5:2).

The townspeople of Bethlehem were surely proud to be the "Town of David" and the home of King David's famous grandmother, Ruth. Proud also, to be the location of the tomb of Rachel, Jacob's beloved wife. Yet, they must have wondered what Micah's prophesy really meant. When would another prophet like Samuel come to town and anoint a new king, just as he had done with the boy David?

But it didn't happen that way. On an ordinary day, while men plied their trades and women baked bread and children played in the streets, a traveling couple from Nazareth arrived looking for a room. They received no special treatment. No one offered them a room. Ordinary people were having an ordinary response to an ordinary looking couple.

Honor comes to the ordinary because of God's choice, whether it is God's choice to use a town, or a nation, or even a single man or woman, boy or girl. So if this is shaping up to be an ordinary day for you-be prepared. That's the stage on which the acts of God are played.

Dear God, it so easy for us to assume that nothing exciting will happen with the ordinary. Help us this Christmas to see the amazing things you do when you choose to use the ordinary.

--- by Mel Lawrenz via BibleGateway.com
Posted by Carrie at 9:57 PM

Button to Copy for Christmas Blog 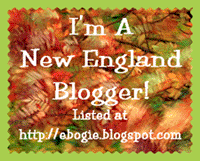 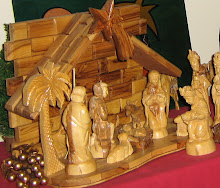 From the Holy Land Bethlehem 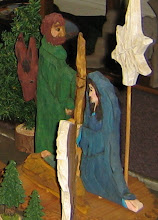 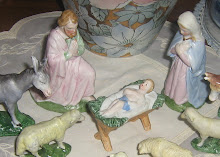 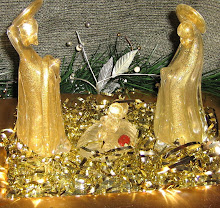 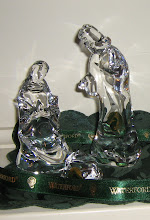 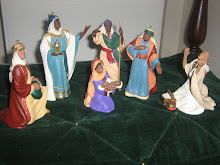 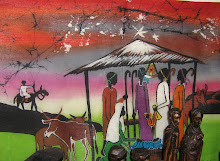 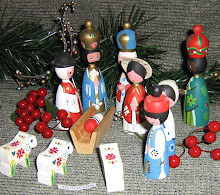 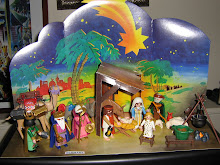 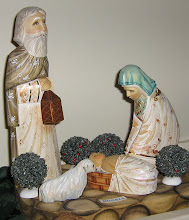 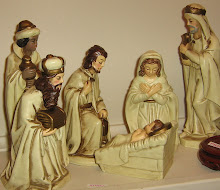 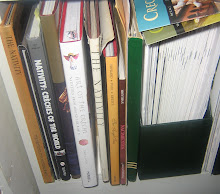 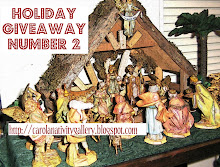 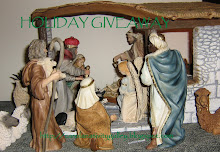 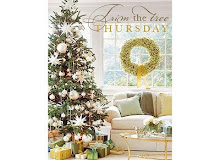 Sponsored by The Southern Hostess 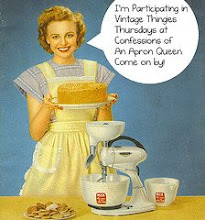 Carrie
I am a disciple of Jesus Christ, daughter, big sister to 3 sisters and 1 brother, aunt to 7 nephews and 3 nieces, godmother to one boy, one girl, grand-aunt to two grandnieces, four grandnephews, friend to dear ones scattered across US and abroad. I am also a collector with multiple enthusiasms; and lately web logger. My loved ones are often referenced in my posts. I hope you will enjoy reading my posts about my collections, thrifting and thrifted decor, and inspirational thoughts.